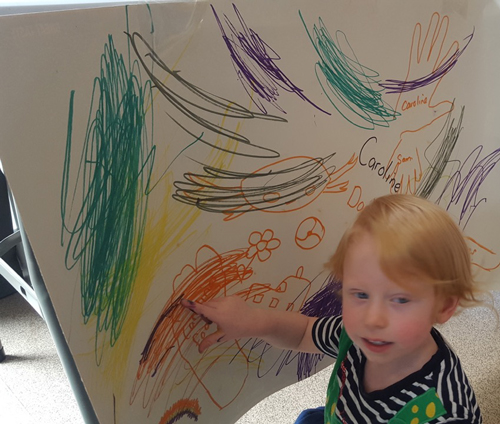 Caboodle is one of a growing number of initiatives responding to a widespread shortage of childcare and workspace options that meet the needs of freelance and home workers. Launched in June 2017, Caboodle offers ‘pop-up’ co-working sessions with an on-site crèche at Windmill Hill City Farm in Bristol, providing the opportunity for parents and carers to work alongside one another while their children are looked after nearby.

Co-founders Isabel Kearney and Ellie Freeman met through the Freelance Mum networking group, where the need for flexible childcare was often at the forefront of conversations. Following discussions with local freelance parenting networks, the idea of creating a hub combining shared desk space with flexible childcare began to emerge. In September 2016, Isabel and Ellie conducted a survey to understand the needs of local freelance parents and what they would like from a workspace with childcare. A majority of respondents requested a co-working space with childcare and café in central Bristol. Key requirements included flexibility in terms of booking and hours of childcare, reflecting the fluctuations in schedules and income that are involved in freelance work. 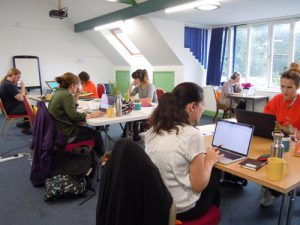 In January 2017, Ellie and Isabel began a Kick Start course with Voscur, who support Bristol’s Voluntary, Community and Social Enterprise sector, where the idea of Caboodle developed into a fully-fledged business. They also gathered information through BAND (Bristol Association for Neighbourhood Daycare) on the regulations involved in setting up a crèche. In June 2017, We Caboodle CIC launched as a community interest company. Ellie Bowie (https://www.eleanorbowie.co.uk/), a freelance graphic designer, also joined the team as Marketing Director and created the Caboodle brand, having experienced the need for flexible childcare first-hand. Isabel is currently participating in the School of Social Entrepreneurs’ Bristol and West of England Start-up programme, which comes with 12 months of start-up support and training sessions, mentoring and a grant. 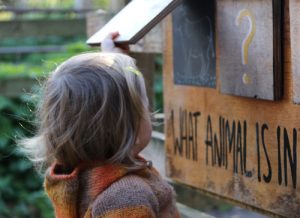 Caboodle began offering weekly pop-up sessions at Windmill Hill City Farm in September 2017. The sessions enable parents to work alongside each other while their children are looked after in the crèche downstairs. The crèche is managed by Caroline Dorney, an experienced childcare provider who operates mobile crèches around Bristol. Parents are offered a shared lunch in the café with their children, providing opportunities to network, socialise and spend time on the farm with their children. Freelancers without childcare needs can join for co-working and lunch on the farm. The feedback has been extremely positive. Parents have appreciated the supportive work environment and feel reassured that their child is being well looked after while they work nearby. 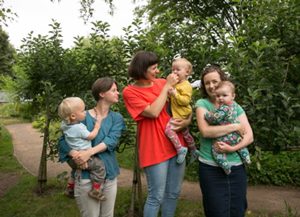 The women entrepreneurs behind Caboodle have each experienced the complexity of integrating freelance work with family responsibilities. Launching Caboodle has also involved financial and personal challenges. While crowdfunding and a grant have helped towards some costs, the co-founders have been self-funding, volunteering and paying for extra childcare to make Caboodle happen. The name Caboodle reflects the realities of life as a freelance parent and the goal of bringing work and family life together in a way that fulfills the needs of new parents, those returning to work or starting their own businesses. The long-term vision for Caboodle is to create a community hub that offers co-working, childcare, social events and mentoring opportunities, enabling more parents to work flexibly while spending time with their families. 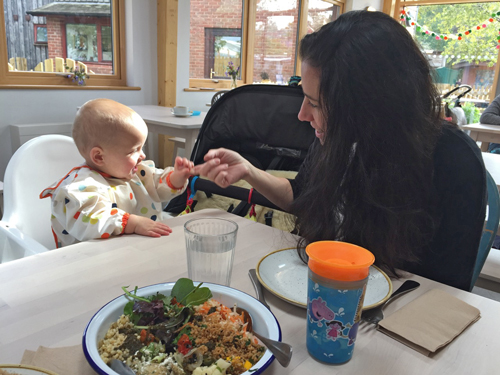